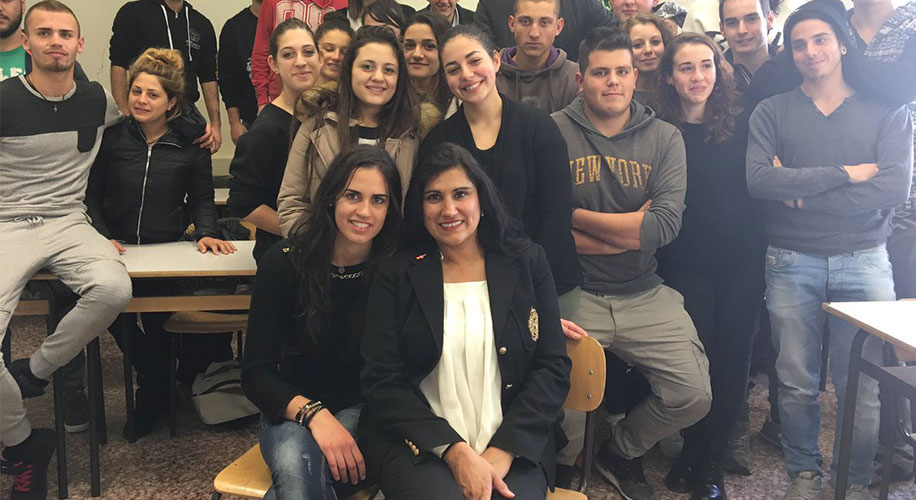 Karma Nirvana is an award-winning charity that supports victims of honour-based abuse and forced marriage. As well as operating a helpline for victims, which receives 700-800 calls a month, Karma Nirvana provide expert witnesses in court, give talks in schools and works to raise awareness.

The charity also plays an important lobbying role, and in 2014, after ten years of campaigning, helped to ensure that forced marriage became a criminal offence in the UK.

More than 11,000 cases of so-called ‘honour’ crime were recorded by UK police forces between 2010 and 2014. Yet many more cases go unreported.

An ‘honour’ killing takes place to erase the ‘dishonour’ of the family within the wider community. During 2010 and 2014 the UK media reported 11 attempted honour killings and 18 actual honour killings. Most victims were women. The ages of the victims in reported cases ranged from 16 to 56 years old.

In 2016, the UK Government’s Forced Marriage Unit (FMU) gave advice or support related to a possible forced marriage in 1,428 cases, up 14% on the previous year. The vast majority of cases involved victims who were women (1,145 cases, 80%) and under the age of 30.

Though overseas travel can be a factor, 157 (11%) of FMU cases had no overseas element, with the potential or actual forced marriage taking place entirely within the UK.

There are very few specialist services or support groups available in this field, with the services that do exist tending to respond at crisis point. This means there is a lack of preventative help or longer-term support for the victims.

The opportunity to take part in the Women’s Development programme could be life-changing for women affected by honour-based abuse and forced marriage.

The intended aims of the programme are:

Vanessa Boon added “I am looking forward to bringing Springboard to women supported by Karma Nirvana. This uplifting programme will give women the time and space to reflect, heal, re-discover themselves, grow and nurture each other and make new plans for their futures. This will also help survivors, who are often isolated and disowned by families, to build a support network of new friends around them and to build the futures they choose for themselves.”

“It will be a liberating, uplifting and heart-warming journey”

The first of four workshops will take place in 2018.

“It’s about offering the same service and opportunities to all”
Yvonne Coolbear, Suffolk Constabulary