Chloe Gets Creative with a Level 3 Business Administration Apprenticeship 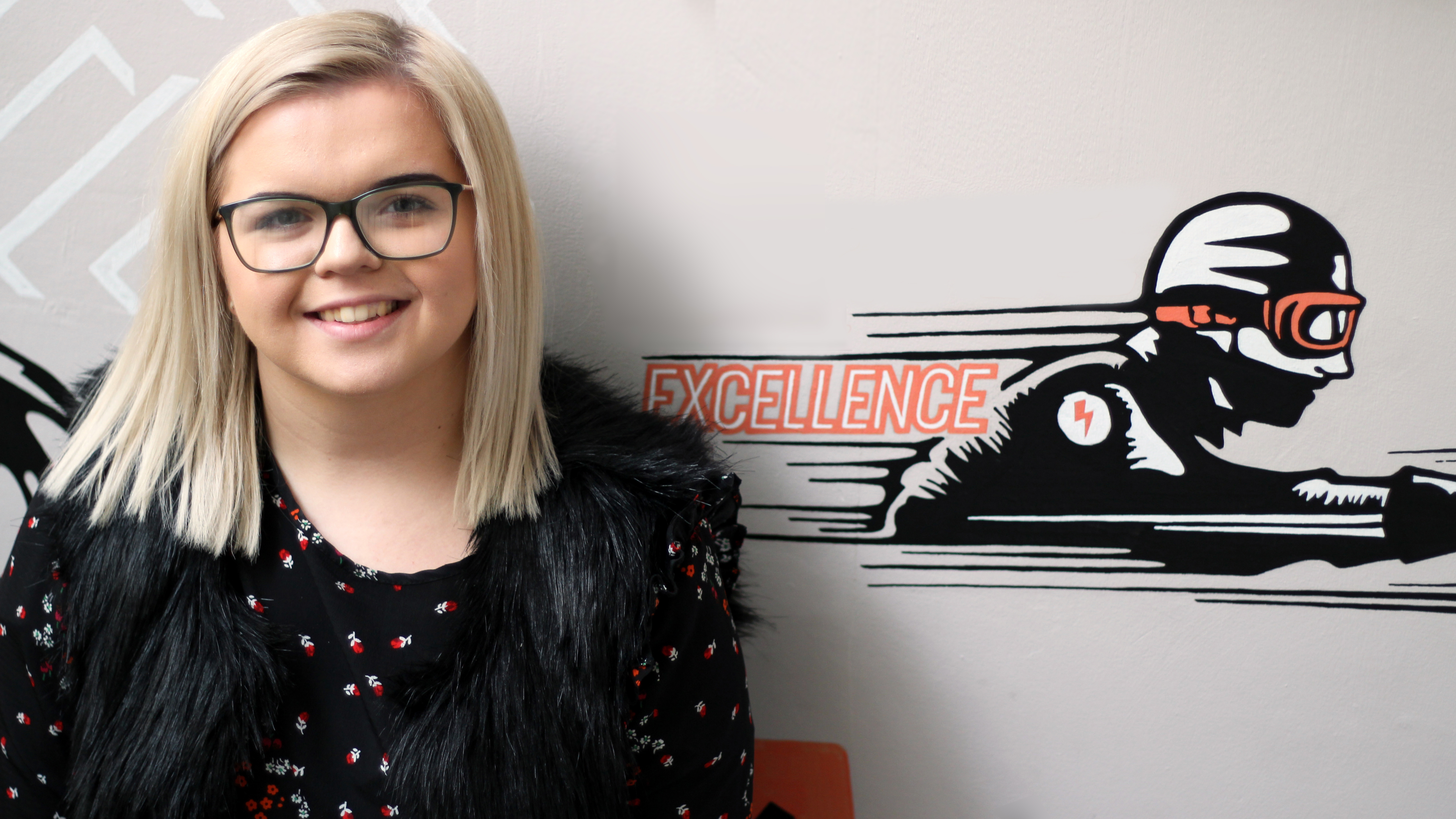 “I’m classed as ‘the nuts and bolts’. Without the nuts and bolts, things don’t get carried through,” Chloe explains. “Doing the admin things such as putting details into spreadsheets when a new inbound enquiry comes in and little things like that.”

Chloe’s role is much broader than she gives herself credit for. The 18-year-old joined Engine Creative, a digital and creative agency with a focus on branding, as a Level 3 Business Administration apprentice back in September 2016. It’s fair to say that she has grabbed the opportunity with both hands.

“My role is very varied. I do a bit of everything, from HR to recruitment to parts of the sales process to working on the website. It goes from completing bits of client work to ordering the pens and paper that we need day to day.”

Despite being a career-minded person, it wasn’t until her first year of A-Levels that Chloe began to realise she might prefer another form of learning. “I was studying Law, Psychology, English Language and Fine Art. There were areas that I liked, but I needed something else to help me determine what I wanted to do.”

“This started me looking at all sorts of different apprenticeships. I had an interview with my training provider and they offered me the opportunity to apply to Engine Creative, which led to an interview with the Studio Manager and the Managing Director. Coming into a studio that was all digital and all creative, having not been in that environment before, was slightly intimidating but I soon settled in. I was quite shy when I started so it’s definitely been a confidence boosting experience.”

As much as Chloe’s formal training focused on business administration, this isn’t the only way that her apprenticeship has helped her development.

“I did business administration coursework that was based on things from filing to negotiations in the workplace to fire and risk assessments, health and safety, all different elements needed within a business. But at work obviously my digital, creative and technical skills have gotten better. I’m even better just at speaking to people on the phone.”

“I was getting more involved in creative stuff as I was moving on towards the end of my apprenticeship, so towards the end some of the admin skills became a little bit more irrelevant. However, it still linked in and it will continue to link in even though I’m not an apprentice now.”

Emma Burden, Studio Manager at Engine Creative and Chloe’s line manager, has been impressed with her development.

“The enthusiasm and energy that Chloe’s brought to her role has had a positive impact on the business. She’s a well-liked, popular member of the team who has really risen to her responsibilities. Her support role has made a big difference to our internal processes, which is why we initially recruited her. But it’s the way that she’s grown and taken on more duties that has pushed her development, and she’s made herself an integral part of our team.”

“Our experience with Chloe has shown to us that apprenticeships work.”

Perhaps the most important element of Chloe’s experience is how it has helped her to get closer to her ideal career.

“Being an apprentice has enabled me to look at different areas of what I wanted to do. I couldn’t do it at sixth form as I wasn’t experiencing anything, I was just learning about certain subjects. So, this has definitely been good for helping me define what I want to do. Without being an apprentice, I don’t think I’d be in the situation that I am in now.”

We use cookies to ensure that we give you the best experience on our website. AcceptRejectRead more
Revoke